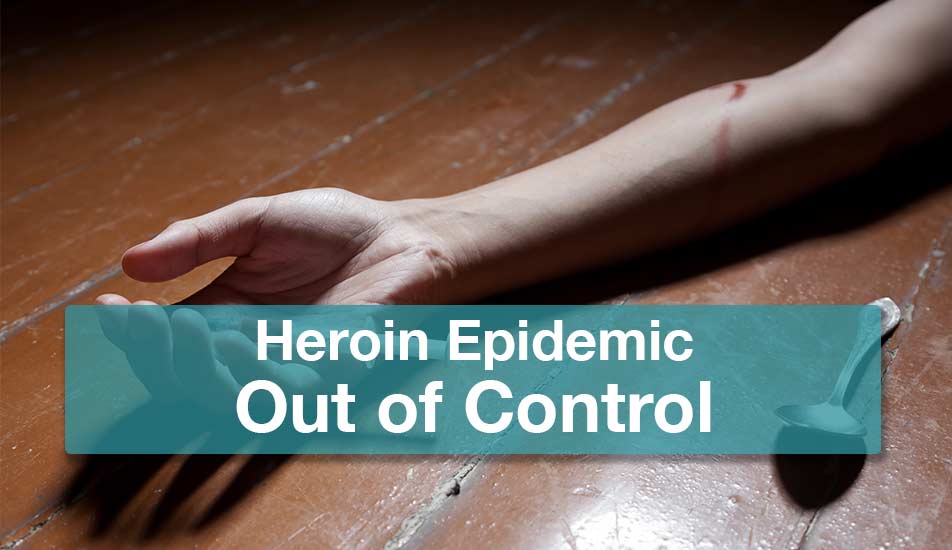 Many people are kept wondering, “Why are states like Ohio most affected by Heroin and Opioid Overdoses, causing a large scale heroin epidemic within those states.  A recent release by 60 minutes on CBS news states that, “Heroin is a problem that is killing at least 23 people weekly in Ohio.” The amount of heroin overdose deaths is a persistent and chronic problem in Ohio. In fact data from CDC In 2014, reports that Ohio had more drug overdose deaths than any state except California”.  If you have been following news and reports, on celebrity accidental overdoses, the drug problem in America is beyond epidemic proportions, and there are no signs of it slowing down.  Reports show that in many cases Prescription Drug Use may lead to drug addiction in many forms, including Heroin, a favorite to many.  So, the question lays, “why has the heroin epidemic gotten out of control in states like Ohio?”  We will review some of these questions below.

The Bigger Picture: Heroin Use in the United States | The Heroin Epidemic

Heroin has long been a problem throughout the United States. In fact, U.S. Centers for Disease Control and Prevention (CDC) show that heroin use increased 63% between 2002 and 2013, and heroin-related overdose deaths have nearly quadrupled over the same time period. CDC Director Tom Friedman stated during a press conference that, “with the increase we are seeing a dramatic rise in deaths”.  It is becoming more and more common for drug dealers to cut heroin with other drugs like Fentanyl. In the past, when Heroin was used solely by itself, people did not overdose in such proportions.  We need to educate addicts on the causes of Overdoses, since things have changed.

According to the National Institute of Drug Abuse, “Heroin is an opioid drug made from morphine, a natural substance taken from the seed pod of the various opium poppy plants grown in Southeast and Southwest Asia, Mexico, and Colombia. Heroin can be a white or brown powder, or a black sticky substance known as black tar heroin. Other common names for heroin include big H, horse, hell dust, and smack.” People snort, smoke, and inject the substance. Use of heroin results in feelings of pleasure and euphoria. In addition to that many heroin users are also poly drug users, and use it in combination with other drugs.

The Growing Number of Heroin Users in Ohio

The Columbus Dispatch reported that, “The number of fatal overdoses in Ohio that involve heroin has soared from 87 in 2003 to 1,424 last year. It was a factor in 47 percent of all fatal overdoses, higher than any other drug.” The increasing rates of heroin overdose over the past 15 years has lead to alarming rates of death. In a brochure published by Ohio Mental Health and Addiction Services it states that, “This shift is due to a number of factors, primarily the increasing availability of heroin throughout Ohio, coupled with the shutdown of southern Ohio pill mills and dissemination of prescribing guidelines on appropriate use of prescription opioids”. With Ohio’s combination of contributing factors it has become the state with the most prevalent heroin use, and overdose rates along side California.

Heroin Use in Ohio is Effecting More than Just the Addict

Heroin use is more than just a problem resulting in overdoses, and deaths annually it affects everyone around the user. For instance, Columbus Dispatch goes on to state that, “ Ohio’s child-protection system now has close to 14,000 children in custody. That’s an increase of nearly 13 percent since the end of 2012. The rates have skyrocketed because of illicit drug use, and a large percentage of children in custody because of heroin use. They continue to state that “At the same time, the hospitalization rate for babies born with symptoms of drug dependency has soared.” Prenatal mothers are continued to use heroin despite the consequences for their unborn children.“Officers send out public-service warnings when bad heroin hits their streets, and they’re focused as much on intervention as arrests.Even when addicts are ready to seek help, they often can’t find a treatment center that has room for them”. The problem with heroin use in ohio effects every aspect of a person life along with other family members and the cities within ohio. The problem has become so widespread throughout the state that public service warnings are sent out, and their are an increasing number of children being born addicted to drugs, or being removed from their homes. Ohio has a limited number of treatment facilities, so more often than not people addicted to heroin never get the help that they need.

If you have a drug or alcohol addiction, Get Help Today!

It is imperative if you or a loved one is suffering from drug or alcohol addiction along with depression or another mental disorder (Dual Diagnosis), please get help. Coast to Coast Recovery Centers provide you with the best Addiction Treatment Centers in the United States. There are a variety of treatment options available. Get Insurance Verification to determine if your insurance provider covers alcohol abuse or addiction treatment. At Coast to Coast Recovery, you can find a range of addiction treatment services from holistic healing and complementary therapies to 12-step programs and Christian-based teaching. Let us help you end a life of addiction and start your journey to lasting sobriety. To learn more, call (800) 210-8229.

What Makes the Success Rates of Addiction Interventions Higher with Professional Interventionists?